The subfamily Monsteroideae (Araceae) is the third richest clade in the family, with ca. 369 described species and ca. 700 estimated. It comprises mostly hemiepiphytic or epiphytic plants restricted to the tropics, with three intercontinental disjunctions. Using a dataset representing all 12 genera in Monsteroideae (126 taxa), and five plastid and two nuclear markers, we studied the systematics and historical biogeography of the group. We found high support for the monophyly of the three major clades (Spathiphylleae sister to Heteropsis Kunth and Rhaphidophora Hassk. clades), and for six of the genera within Monsteroideae. However, we found low rates of variation in the DNA sequences used and a lack of molecular markers suitable for species-level phylogenies in the group. We also performed ancestral state reconstruction of some morphological characters traditionally used for genera delimitation. Only seed shape and size, number of seeds, number of locules, and presence of endosperm showed utility in the classification of genera in Monsteroideae. We estimated ancestral ranges using a dispersal-extinction-cladogenesis model as implemented in the R package BioGeoBEARS and found evidence for a Gondwanan origin of the clade. One tropical disjunction (Monstera Adans. sister to Amydrium Schott–Epipremnum Schott) was found to be the product of a previous Boreotropical distribution. Two other disjunctions are more recent and likely due to long-distance dispersal: Spathiphyllum Schott (with Holochlamys Engl. nested within) represents a dispersal from South America to the Pacific Islands in Southeast Asia, and Rhaphidophora represents a dispersal from Asia to Africa. Future studies based on stronger phylogenetic reconstructions and complete morphological datasets are needed to explore the details of speciation and migration within and among areas in Asia. 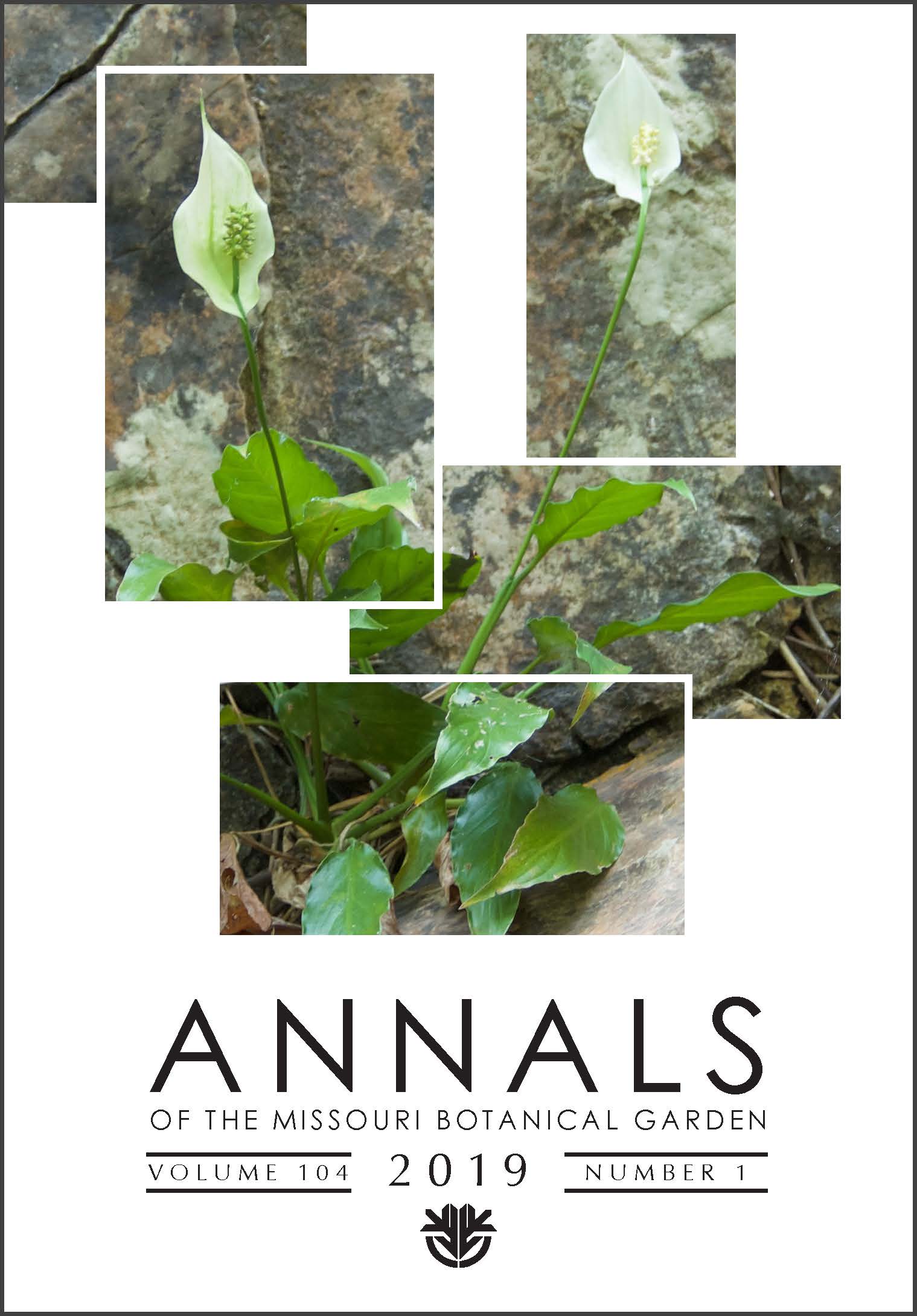