This study, the fifth in a series investigating palynological characters in angiosperms, aims to explore the distribution of states for 19 pollen characters on five early diverging orders of Superasteridae (Berberidopsidales, Caryophyllales, Cornales, Ericales, and Santalales) plus Dilleniales. To illustrate the character states found in the pollen of this group, we examined pollen grains of 15 species exemplifying 15 families across all studied orders using light, scanning, and transmission electron microscopy. We reconstructed the phylogeny of the early diverging Superasteridae and related taxa with eight genetic markers for 172 genera, using maximum likelihood (ML) analysis. Nineteen pollen characters were coded for the genera used in this phylogeny and compiled into two morphological matrices using two coding strategies. The characters were then optimized on the newly generated ML tree plus two constrained trees differing in the position of Dilleniales, using three methods of inference. Taxa in this grade show a striking diversity of pollen morphologies, particularly in certain characters such as size, tectum sculpture, and aperture number. The plesiomorphic condition for the early diverging Superasteridae is unambiguously and consistently inferred to comprise monad-dispersed, isopolar, spheroidal, circular in outline, equatorially arranged, tricolpate pollen grains with granular aperture membranes, a smooth tectum, and endexine present. We identify diagnostic character states and synapomorphies for several monophyletic groups, and explore the palynological evidence that may shed light on some unresolved relationships. For example, the hypothesis that Dilleniales is sister to Superrosidae is better supported than alternative hypotheses, being consistent with a number of shared palynological state changes including transitions to presence of costae, reticulate tectum, and columellar infratectum structure. Across this part of the angiosperm phylogeny, most state transitions occur repeatedly, and their frequency varies among both clades and characters. We discuss the impact of optimization method, tree topology, and coding strategy upon ancestral state reconstruction. 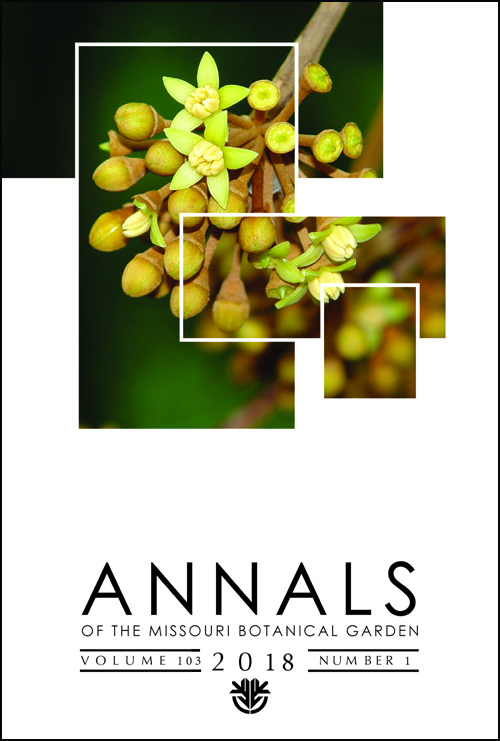